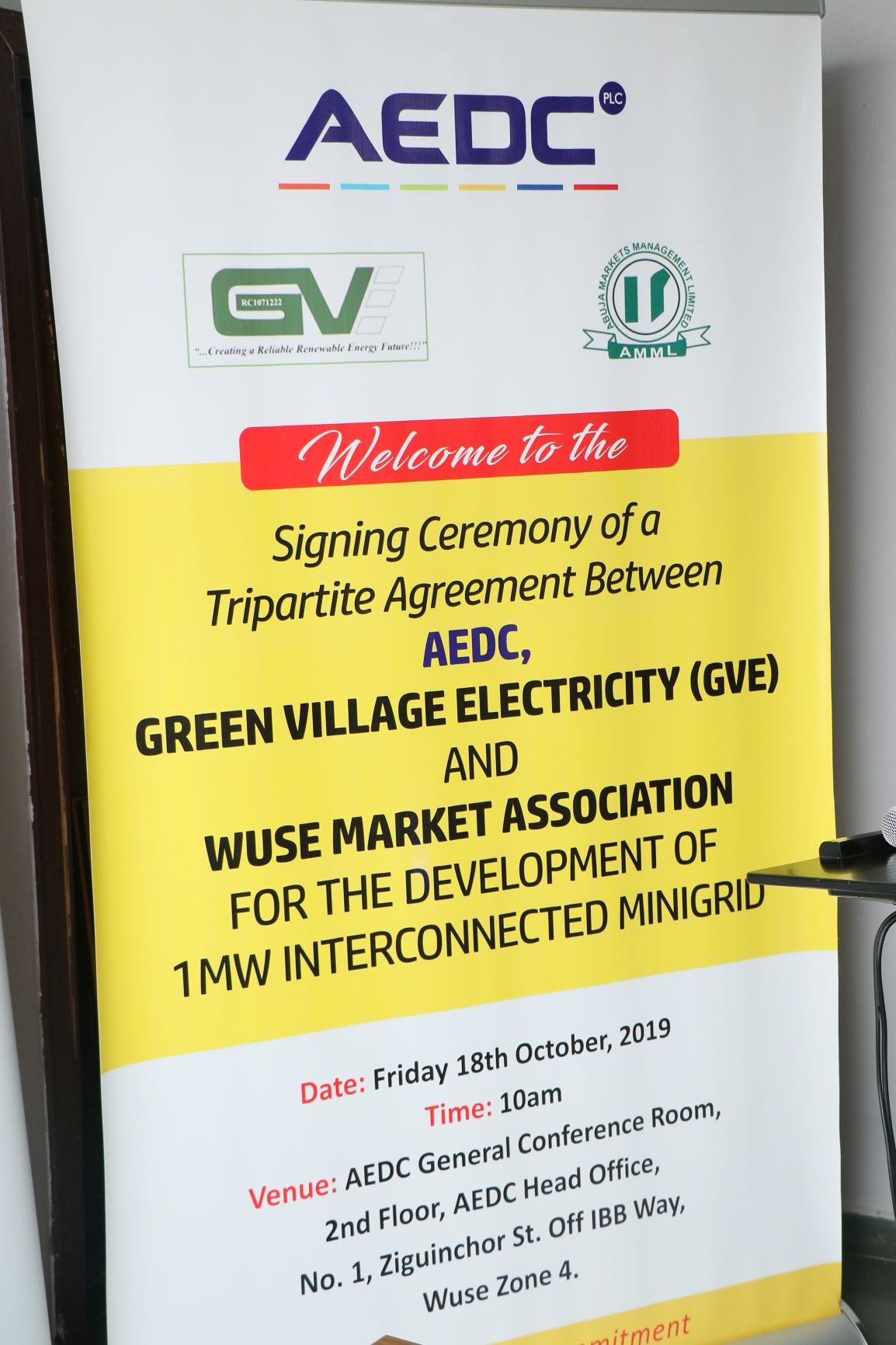 An interconnected mini_grid is a power system that receives electricity from both the national grid and an off-grid source for onward power supply to users.

The Managing Director (AEDC), Ernest Mupwaya, on behalf of the Disco, signed a tripartite agreement with the Wuse Market Association and Green Village Electricity company for the supply of uninterrupted power to over 2,000 customers of the market.

Mupwaya explained that the initiative would support the delivery of energy to power users by augmenting grid supply, as well as reduce AEDC’s losses in clustered underserved areas such as plazas, markets, estates, etc.

He said the interconnected minigrid project would augment grid electricity through power supplied from solar energy backed with high quality batteries from Tesla.

“This partnership will help us supply electricity to areas where we have underserved customers,” Mupwaya stated.

He noted that when the interconnected minigrid is fully deployed, the Wuse market in Abuja would be the first generator-free market in Nigeria.

The AEDC boss explained that his firm partnered the Rural Electrification Agency of the Federal Government to conduct an energy audit of the market.

Mupwaya said, “Following the completion of the audit, the interconnected minigrid model is currently being developed as a pilot with a developer, Green Village Electricity Projects Limited.